It has been a while since I moved to Germany, some time ago I was asked about my experiences. Below you can find the full text of interview that was first published on  networkinference.com/kasia-bialek/

Kasia Bialek works in a senior position for one of the most popular global brands and to get this job, she became an expat and relocated to Germany. Like many highly-skilled expats, she has a higher income as a result from that move and she definitely advanced her career. We talked with Kasia Bialek about challenges and rewards of moving abroad for a better career path.

Kasia, 5 years ago you moved abroad to pursue your career. Since then you got promoted, increased your earnings, and improved your work-life balance.

Why did you decide to leave your country, Poland?

Well, I didn’t plan it; I was quite happy at my last position in Poland but realized that I had achieved everything that was possible in my last position within the company. I am the kind of person who needs and likes challenges and loves to learn new things. I was at the stage that I should start to look for a new job.

Then I got the possibility to move to our headquarters to Germany. It was a chance that life brought me. I could have chosen to start to look for a new job in Poland or use this opportunity, stay in touch with the people I knew, and start an international career. I chose the second option.

People say, changing a job is stressful, and changing a job and a country seems like the most difficult challenge you can take in your work life. Is that so?

This is true. Each time when you have a new job you have to prove that you are valuable for the company and that you are the right person in the position. Being promoted to an international position within one company may be a bit easier on one hand, and much more difficult on the other.

Easier – because the management knows your work from the previous position. More difficult – because you need to adapt quite fast to your new, more responsible, international role. Let’s take my example: In Poland, I was responsible for our marketing of one brand (4 product categories) in our country. I adapted and executed the strategies that were created in our headquarters.

I had quite a lot of independence but in the end, I worked within defined boundaries. After moving to our HQ, I started to work in a team that was responsible for setting up the campaigns for our local entities. It meant that my role had changed completely. I became responsible for one product category but in 26 countries. Working toward Brand Preference on a larger scale became more important than before.

I had to switch thinking from local to global and learn that I was indirectly responsible for brand development throughout Europe. For some people, this can be paralyzing and apparently I did it quite well because I was promoted 3 times since then (laugh). I learned quite a bit from other corporations’ practices on promoting innovative products on an international scale.

How difficult was it to integrate into the culture and language at your new job?

It was much more difficult than I expected! In fact, I thought that changing the country, especially from Poland to Germany, would not be a big deal – we are neighbor countries, the culture is similar, weather and cuisine as well. Why should it be difficult?

I was completely wrong! There are some similarities but we have also big cultural differences. I had to learn about shared value strategies and implement those not only to my professional life but also to my private life.

The first months were very difficult. I used to live in Warsaw – a very big, busy, hectic, anonymous, and dynamic city. In Germany, I landed in a very small town, where people had known each other for years and they did not really need new people in their lives. They were living their routine lives, spending time with the families or the friends they had known since kindergarten. There were not that many expats there as well.

I had some friends that helped me at the beginning and that made my expat life a bit easier but it was big stress anyway. I think that took more than 2 years before some of my German colleagues invited me to their private circle.

In terms of language, it is another “funny” story. I have never learned German at school because I did not like the melody of the language. Our corporate language is, of course, English, but when I moved to that little town in Germany, I recognized that it was not enough. So I started to learn German but I recognized quite fast that most of my colleagues at work speak dialect and German is almost like a foreign language for them.

So bringing my career and life balance together was a pretty tough experience! But at the same time, you can see that people respect the fact that you make an effort to speak their language.

What was/is the most challenging or different?

The most challenging part from my perspective is the social and cultural life. As an expat, it does not matter how good you know the language, you will always be the “foreigner”. You will not understand all the jokes, you will not get the cultural context of the situations, and you will simply have a different perspective.

I guess that will be similar everywhere. There are so many stereotypes and people have some specific, quite often negative, images in mind connected with certain nationalities. In many cases, they are not correct or only partially correct and it takes time to prove that. However, I do not blame anybody because of that; people are afraid of the things they do not know and the most important is to be open and learn from your new colleagues.

What I love in Germany is that people respect work-life balance. You have the possibility to work part-time. When you are on holiday, you are not expected to answer the phone or check your emails – which is often quite different when you work in Poland.

What’s better: immersing yourself in the local culture or staying within the expats’ community?

The best would be to find a good balance. Immersing in the local culture is great but it is more difficult. You need time and you have to be patient. Moreover, you have to accept the fact that you will not be part of the community from the very beginning.

Staying with the expats is easier and more tempting. You understand each other better because of similar experiences and you can complain about the same things. Nevertheless, staying only with expats will not help you to understand the culture and the new country.

What advice will you give people who want to move abroad and get better off financially? 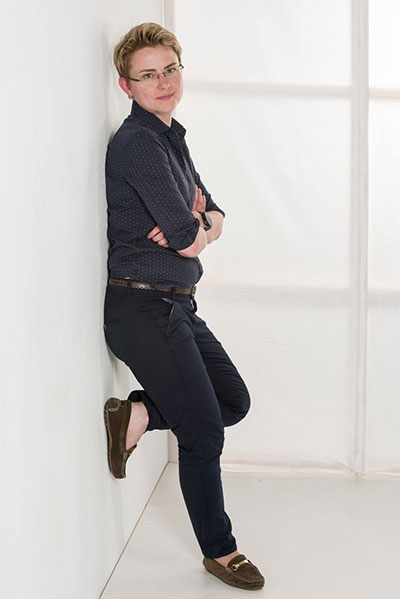 I have a couple of things in mind. Everything depends on where will you go and whether there is already an expat culture or not. Knowing the language always helps, but I am the example that you can

learn it in the country. It is more difficult but manageable.

If you are working in an international company, try to find out if there is an internal policy to promote people to international positions within the organization. If yes, do your homework – get clarity about what’s required to move abroad and get the job. Be visible, show that you are a valuable, creative employee.

Share your successes on the local market with the others – in many companies there is a policy of sharing “best practices” – show what you have done and maybe others get some inspirations from you and definitely, you will be noticed. And lastly, make your intentions known – talk to your manager and say that you are willing to move abroad.

Sometimes, such possibilities are discussed in the managers’ group first. If they know that you might be interested in moving, you are a step ahead.

Remember that it will be probably different from what you imagine and expect. You will probably be faced with stressful situations and it may take some time to get used to the new situation.

Try to look for people with similar experience as yours – I mean some other expats; they can tell you some tricks and tips on how to survive at the beginning.

Listen to the locals – they have networks, they know the community and they know about procedures policies in your new country. That helps!

Do not criticize the host country or the people – respect their culture and lifestyle and do not judge others. Remember that you are a guest in their country.

Try to build connections as fast as you can – even if they will be only temporary, they will help you go through emotional upsets.

Do not complain – just enjoy the time abroad, travel, and try to live like the locals

If you ask me if it is worth the challenges – I have only one answer “Definitely!”.